History of the ranch Although the Double Arrow C Ranch has a somewhat short history – beginning with Clint and Irlene Huntington in 1956, family history in the area is deep and rich, with Heather being the 5th generation to live in Greenwood County.

Back in 1878 Heather’s great-grandparents on her mother’s side built a little home. In looking at the old photo of the home, it is easy to think of Laura Ingalls Wilder’s little house on the prairie. The times and situations for the Ingalls and Rawlings families may have been similar – certainly simpler. Through many decades of change, the Rawlings property became a tiny piece of the current ranch. The ranch also includes a small piece that belonged to her great-grandparents, the Weavers. As an interesting side-note, great grandfather Weaver participated in the Oklahoma Land run of 1889. Of course the “Sooners” had already grabbed up the land claims and grandfather came home empty handed. Heather’s mother often says, “If he had been successful, we would be Okies!”

The Huntingtons were early settlers to the area as well, settling in the 1860’s and creating Huntington Hereford Ranch north of Eureka. Her great-grandparents, the Lehmann’s emigrated from Germany. They first settled in Ellsworth before commencing to ranch in the lush grasslands of the Flint Hills where the economic conditions were kinder.

Ranching is not necessarily about transferring one big chunk of land to the next generation. It is about loss, growth and ultimately change. Today the Huntington and Fuesz families run approximately 1,100 commercial cow/calf pairs and take in summer grazing cattle on land that is both owned and leased.

The Spring Creek Guest house and surrounding property was added to the existing ranch in the 1970’s. It was originally built by the Snider family, a very well-liked family whose daughter was a friend of Heather’s mother who visited often. The original house was built in the late 1800’s and the house updated in the 1950’s. Today you still get a sense of history when entering the homestead.

Change is part of the ranching industry, but at the Spring Creek Guest house at the Double Arrow C Ranch, you can sense the past. We welcome you to visit. 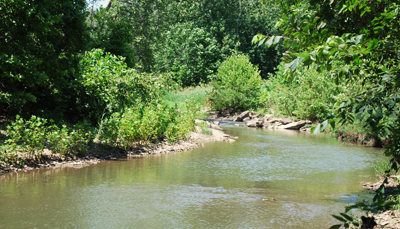 Of the 650 nesting birds species in North America, guess how many fly through Kansas? Give up … About 456 come through Kansas. This makes Kansas a great place to enjoy birds and wildlife. Double Arrow C Ranch guests will discover an array of both wildlife and birds.

Birders will find many species as they have access to wooded areas as well as the pasture. In March and early April you may encroach on the mating ritual of the Prairie Chicken. Not unlike humans, the male prairie chicken does his best to dance and impress the females. They dance or hop wildly and make quite a ruckus. 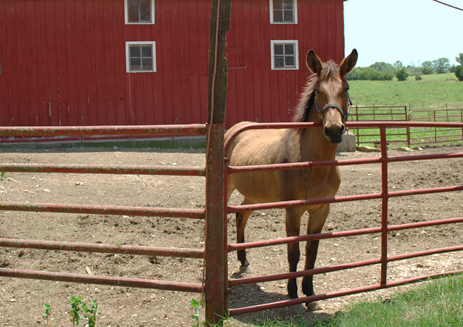 It is not uncommon to spot coyotes, white tailed deer, cottontails, and squirrels. If you stay at the guest house you have access to abundant wildlife in its natural habitat.

Currently, our family operates a 1,100 head cow/calf operation, the ranch pastures nearly 4,500 head of client cattle each summer during grazing season. The Flint Hills is unique as it offers stout bluestem and Indian grasses that help cattle thrive. The area has abundant rain that provides run-off for the many ponds. These resources allow for great weight gain.